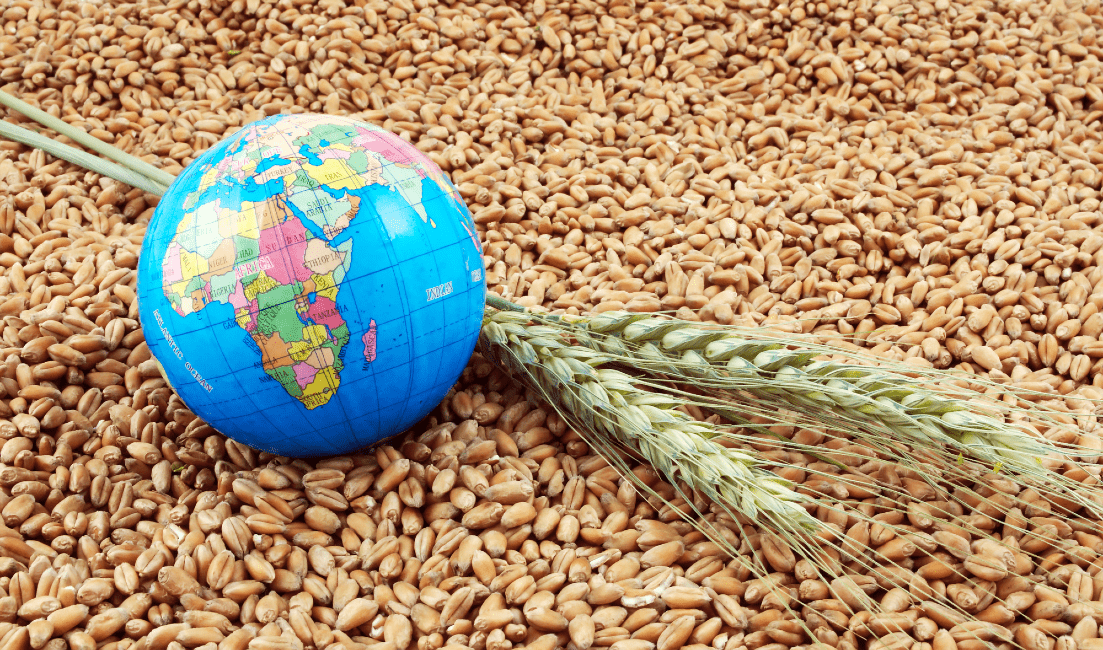 Food security, as defined by the United Nations’ Committee on World Food Security, means that all people, at all times, have physical, social, and economic access to sufficient, safe, and nutritious food that meets their food preferences and dietary needs for an active and healthy life.

1. Which one of the following is not a gaseous biogeochemical cycle in an ecosystem?
a) Carbon cycle
b) Phosphorous cycle
c) Sulfur cycle
d) Nitrogen cycle

Answer: c
Explanation: Food chain is a pathway that represents the exchange of energy from one organism to another. Energy is transmitted all the way from Sun to the other organisms by passing from producers to the consumers.

3. The type of ecosystem with the highest mean plant productivity is _______________
a) Tundra
b) Temperate grassland
c) Desert
d) Tropical rain forest

Answer: d
Explanation: A Tropical rain forest has more kinds of trees than any other area in the world. Seventy percent of the plants in the rainforest are trees. There are many distinct layers of trees. These layers have been identified as the emergent upper, canopy, understory and forest floor.

8. The official document entitling the holder to a ration of food issued by the government of India is known as____________
a) Ration card
b) Food card
c) Health card
d) Insurance card
Answer: a
Clarification: Ration card is primarily used when purchasing subsidized food stuffs. This ration card has been used since second world war. India is public distribution system is based on the ration card. This ration card is used to establish identity, eligibility and entitlement.

10. In which state ration shops are run by co-operatives in large extend?
a) Assam
b) Karnataka
c) Tamil Nadu
d) Goa
Answer: c
Clarification: Out of all fair price shops running in Tam il Nadu, around 94% are being run by the co-operatives. The co-operatives are playing an important role in food security in India especially in the southern and western parts of the country.