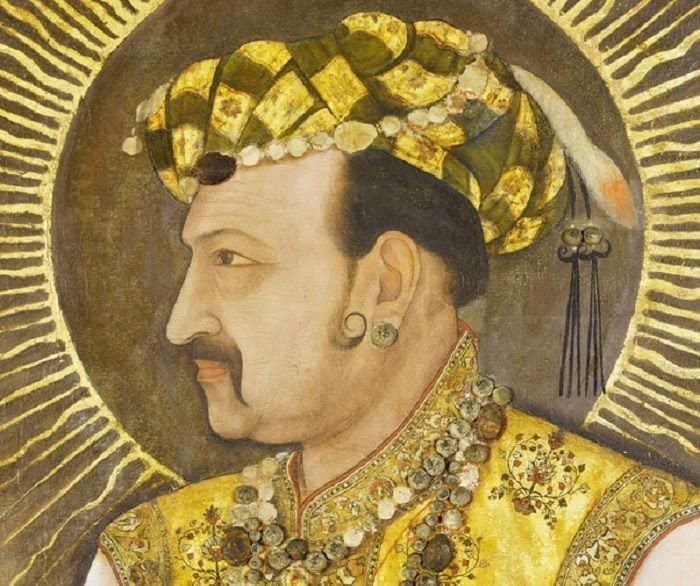 Jahangir was the fourth Mughal emperor and one of the most prominent rulers of the great empire. He ruled from 1605 until his death in 1627. He had a bitter relationship with his father and tried to revolt against Akbar several times, but the father and son later reconciled. Apart from his military campaigns, Jahangir also gave importance to arts, especially painting. Jehangir’s relationship with the Mughal courtesan, Anarkali, has been the subject of several films and literature pieces. He also ordered the execution of the fifth Sikh Guru, Guru Arjan Dev. By 1627, Jahangir’s health had deteriorated, and he died on October 28, 1627. His mausoleum, Tomb of Jahangir, located at Shahdara, is a major tourist attraction in present-day Lahore.

A Daughter of Bikaner Raja Rai Singh on 7th July 1586

Sahib Jamal daughter of Khwaja Hassan  of Herat a cousin of zain Kahn Koka (A favourite of Jehangir and mother of second son Parvez) in 1586. She was a commoner and Akbar was not in favour of this marriage.

A daughter of Dost Muhammad Khwaja

Daughter of Syed  Mubbarak Khan of Kashmir in 1593

A daughter of Hussain Chak of Kashmir

Nur Unnisa Begum daughter of  Ibrahim Hussain Mirza by Gulrukh Begum(Daughter of Kamran Mirza, younger brother of Humayun and son of Babar)  and  sister of Muzaffar Hussain in March 1593

Daughter of Abdullah Khan of Balochistan

Sahila Banu daughter of Qasim Khan of Mughal lineage 1608. she was Padshah Begum till her death in 1620

A daughter of Ram Chandra Bundela a Orchha King in 1609