Jawaharlal Nehru, Indira Gandhi’s father, was a leader of India’s nationalist movement and became India’s first prime minister after its independence. Pundit Jawaharlal Nehru was the first Prime Minister of India and a leading figure in the Indian independence struggle and the process of political development in the country post independence. Home tutored and then later having finished his education in law from England, Nehru on returning to India had enrolled himself as an advocate at the Allahabad High Court. However, his career in law was short-lived and he soon got extensively involved in the independence movement. As president of the Indian National Congress, Nehru had called for complete independence from the British Raj in 1929. As prime minister of independent India, Nehru had initiated socio-economic policies of the idealistic socialist kind. The Nehruvian model of development came under a lot of criticism from opposition parties in years after his death. During his prime ministerial tenure, Nehru mentored his daughter Indira Gandhi in political affairs. She went on to be elected as the prime minister in 1957. Nehru was also a prolific writer and orator and authored books like ‘The Discovery of India’ and ‘Glimpses of the World History’. 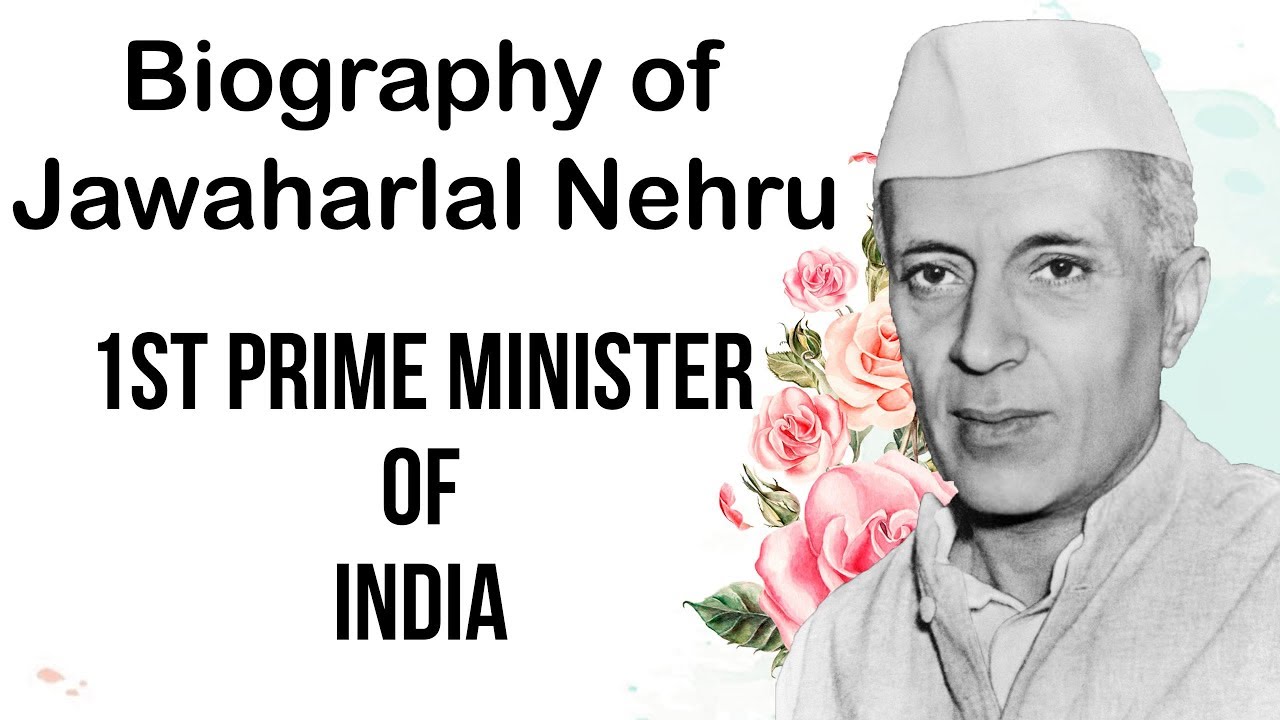 Who was Jawaharlal Nehru ?

Jawaharlal Nehru was the father of Indira Gandhi, the first woman Prime Minister of India. He established a parliamentary government and is known for his nonaligned or neutralist policies in foreign affairs. He participated in India’s Independence movement and was a principle leader in the 1930s and 40s.

Join Our Telegram For Daily Quiz

In 1919, while traveling on a train, Nehru overheard British Brigadier-General Reginald Dyer gloating over the Jallianwala Bagh massacre. The massacre, also known as the Massacre of Amritsar, was an incident in which 379 people were killed and at least 1,200 wounded when the British military stationed there continuously fired for ten minutes on a crowd of unarmed Indians. Upon hearing Dyer’s words, Nehru vowed to fight the British. The incident changed the course of his life.

This period in Indian history was marked by a wave of nationalist activity and governmental repression. Nehru joined the Indian National Congress, one of India’s two major political parties. Nehru was deeply influenced by the party’s leader, Gandhi. It was Gandhi’s insistence on action to bring about change and greater autonomy from the British that sparked Nehru’s interest the most.

After the Lahore session of 1929, Nehru emerged as the leader of the country’s intellectuals and youth. Gandhi had shrewdly elevated him to the presidency of the Congress Party over the heads of some of his seniors, hoping that Nehru would draw India’s youth—who at that time were gravitating toward extreme leftist causes—into the mainstream of the Congress movement. Gandhi also correctly calculated that, with added responsibility, Nehru himself would be inclined to keep to the middle way.

After his father’s death in 1931, Nehru moved into the inner councils of the Congress Party and became closer to Gandhi. Although Gandhi did not officially designate Nehru his political heir until 1942, the Indian populace as early as the mid-1930s saw in Nehru the natural successor to Gandhi. The Gandhi-Irwin Pact of March 1931, signed between Gandhi and the British viceroy, Lord Irwin (later Lord Halifax), signalized a truce between the two principal protagonists in India. It climaxed one of Gandhi’s more-effective civil disobedience movements, launched the year before as the Salt March, in the course of which Nehru had been arrested.

Hopes that the Gandhi-Irwin Pact would be the prelude to a more-relaxed period of Indo-British relations were not borne out; Lord Willingdon (who replaced Irwin as viceroy in 1931) jailed Gandhi in January 1932, shortly after Gandhi’s return from the second Round Table Conference in London. He was charged with attempting to mount another civil disobedience movement; Nehru was also arrested and sentenced to two years’ imprisonment. 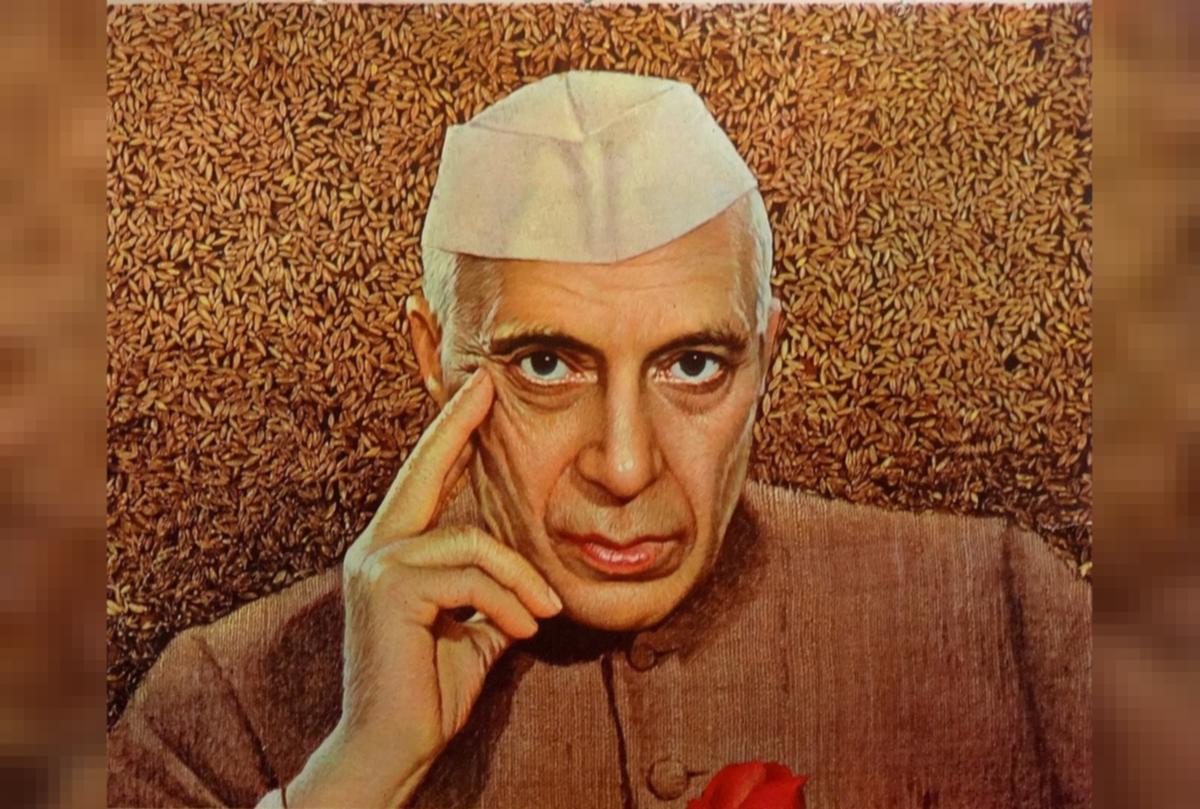 The three Round Table Conferences in London, held to advance India’s progress to self-government, eventually resulted in the Government of India Act of 1935, which gave the Indian provinces a system of popular autonomous government. Ultimately, it provided for a federal system composed of the autonomous provinces and princely states. Although federation never came into being, provincial autonomy was implemented. During the mid-1930s Nehru was much concerned with developments in Europe, which seemed to be drifting toward another world war. He was in Europe early in 1936, visiting his ailing wife, shortly before she died in a sanitarium in Lausanne, Switzerland. Even at that time he emphasized that in the event of war India’s place was alongside the democracies, though he insisted that India could fight in support of Great Britain and France only as a free country.

When the elections following the introduction of provincial autonomy brought the Congress Party to power in a majority of the provinces, Nehru was faced with a dilemma. The Muslim League under Mohammed Ali Jinnah (who was to become the creator of Pakistan) had fared badly at the polls. Congress, therefore, unwisely rejected Jinnah’s plea for the formation of coalition Congress–Muslim League governments in some of the provinces, a decision that Nehru had supported. The subsequent clash between the Congress and the Muslim League hardened into a conflict between Hindus and Muslims that was ultimately to lead to the partition of India and the creation of Pakistan.

At the outbreak of World War II in September 1939, British viceroy Lord Linlithgow committed India to the war effort without consulting the now-autonomous provincial ministries. In response, the Congress Party withdrew its representatives from the provinces and Gandhi staged a limited civil disobedience movement in which he and Nehru were jailed yet again.

Nehru spent a little over a year in jail and was released with other Congress prisoners three days before Pearl Harbor was bombed by the Japanese. When Japanese troops soon moved near the borders of India in the spring of 1942, the British government decided to enlist India to combat this new threat, but Gandhi, who still essentially had the reins of the movement, would accept nothing less than independence and called on the British to leave India. Nehru reluctantly joined Gandhi in his hardline stance and the pair were again arrested and jailed, this time for nearly three years.

He believed in pluralism, socialism, liberalism, and democracy. He had an immense love for children and so, his birthday is celebrated as Children’s Day in India. He supported and generated a way for India’s education by envisioning the top tier institutions of India including the Indian Institute of Technology, All India Institute of Medical Sciences and India’s first Space Program etc.

In fact, Shyam Benegal created a TV series “Bharat Ek Khoj” that was based on Jawaharlal Nehru’s famous book, Discovery of India. In Richard Attenborough’s biopic ‘Gandhi’ and Ketan Mehta’s ‘Sardar’, Jawaharlal Nehru was featured as a prominent character.

On 27 May 1964, he died due to a heart attack. He was cremated at the Shantivan on the banks of the Yamuna River in Delhi.

Why do we celebrate Children's Day?

Children's Day is celebrated to increase awareness on the rights and education of children every year on November 14. India's first Prime Minister, Jawaharlal Nehru was born on this day in 1889.

Who was supposed to be the first prime minister of India?

The first was Jawaharlal Nehru of the Indian National Congress party, who was sworn in on 15 August 1947, when India gained independence from the British Raj. Serving until his death in May 1964, Nehru remains India's longest-serving prime minister.

Why is the year 1917 Significance According to Nehru?

Answer: in 1917, Nehru was moved to join the All India Home Rule League, an organization devoted to obtaining self-government within the British Empire. The following day, the British government arrested all Congress leaders, including Nehru and Gandhi.

What did Nehru do for Indian independence?

On 15 August 1947, Nehru became the first prime minister of independent India. He held the post until his death in 1964. He implemented moderate socialist economic reforms and committed India to a policy of industrialisation. Nehru also served as foreign minister of India.

What Is the Meaning of Children's Day?

Children's Day is a commemorative date celebrated annually in honor of children, whose date of observance varies by country. In 1925, International Children's Day was first proclaimed in Geneva during the World Conference on Child Welfare.

What is Nehru famous for?

Jawaharlal Nehru was the first prime minister of India after it gained independence. He previously was one of the prominent leaders of the Indian National Congress, having attracted the country's intellectuals and youth into the mainstream of the movement.

Who is the father and mother of Jawaharlal Nehru?

What is Nehru culture?

“Culture is the widening of the mind and of the spirit. It is never a narrowing of the mind or a restriction of the human spirit or the country's spirit”. This quote was said by Jawaharlal Nehru in his Speech “The spirit of science” at the opening ceremony of the Fuel Research Institute, April 22, 1950.