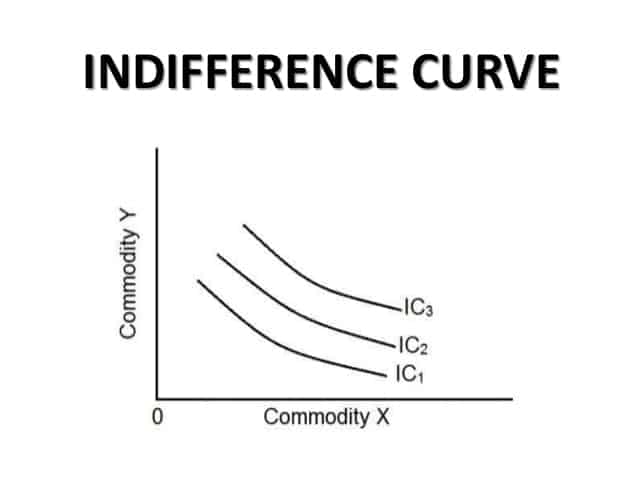 3. Why is the indifference curve convex to origin?(a) Due to continuous decline of marginal rate of substitution(b) Due to law of diminishing marginal utility(c) Due to monotonic preferences(d) Both a and b

9. An indifference curve is related to:(a) Choices and preferences of consumer(b) Prices of goods X and Y(c) Consumer’s income(d) Total utility from goods X and Y

10. An Indifference curve slope down towards right since more of one commodity and less of another result in:(a) Decreasing expenditure(b) Maximum satisfaction(c) Greater satisfaction(d) Same satisfaction